Many houses share their plots with trees and plants that help boost the attractiveness (and subsequently the value) of a property. However, these same trees can also pose some very significant structural problems, particularly with foundations. The underlying problems are typically related to the tree's roots — if the root is compromised in any way, it will have some effect on the behavior of the underlying soil.

There are a number of problems that can arise from building foundations close to trees. The exact problem depends on the species of tree in question and the condition of the subsoil; however, some of the more common issues are given below.

Most trees throughout Canada have lengthy radial roots which extend outwards in all direction under the topsoil. If any of these roots are damaged during foundation excavation, the soil will lose most of its absorption ability and can become water-logged. Water-logged foundations are notoriously difficult to construct and can pose major challenges for site developers.

The converse also applies - too much absorption can result in shrinking foundations. During periods of sparse rainfall, the trees roots will absorb all of the moisture from the surrounding subsoil in an attempt to heal itself. If the saturated soil loses all of its water content, subsidence can occur, even in otherwise stable conditions.

This problem is exacerbated in new-build homes, as the foundations of these properties are typically shallower and more prone to displacing. Older houses, on the other hand, are able to withstand the onslaught due to their flexibility in construction.

The roots of each tree will behave differently depending on the tree's species and age. However, some trees have particularly invasive roots that can cause significant problems with foundation repairs. Conifers are one example of trees with invasive roots that can find their way into small cracks in the foundation. If the root is able to compromise the foundation, it may cause cracking in the concrete which can lead to eventual failure.

"Heave" is a geotechnical phenomenon associate with heavy, over-consolidated clays. If a tree situated on this type of soil is removed or weakened, water will ingress into the clay, causing it to rapidly expand. This rapid expansion causes the soil to bloat or "heave", placing enormous pressure on the foundation. This pressure can seriously damage the structural integrity of the foundation and is impossible to stop once the process has started.

The first approach of many developers is simply to remove the tree in the hope that clearing the area will relieve pressure on foundation. However, because of the complex relationship between the tree's roots and the subsoil, this is oftentimes not a good approach. If you suspect the presence of trees having an effect on your foundation, consider the following methods to solve the problem: 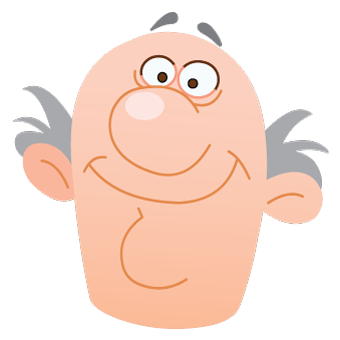 If you are like me, you work very hard to earn the money that is needed to pay for your home and the utilities needed to live in it. Because of this, I began looking for ways to reduce the cost of living in my home. The first thing that I learned about was the amount of energy that I was losing out of my old windows. That summer, I replaced all of my windows. It was a huge investment, but one that was well worth it. You can learn all about how much I have saved by replacing the windows and making other upgrades to my home by visiting my site.